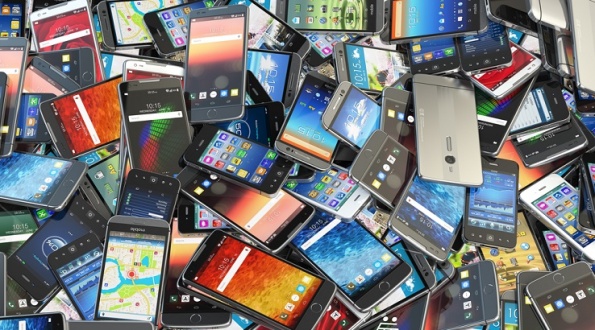 A pile of smartphones. Image from Finder

The iPhone was released 10 years ago and that got me thinking about the relationships I’ve had with smartphones and mobile devices. Of course, I remember almost all of them…almost as if they were real relationships. The first one, the Qualcomm QPC 860, was solid but simple. That was followed by a few forgettable flip phone and a Motorola “ROKR” phone that never really lived up to its promise.

But then came the iPhone, and everything changed. I started really loving my phone. I had an iPhone 3GS (sleek and black) and a white iPhone 4S which I regard at the pinnacle of iPhone design, and I still have as a backup phone. A move to Android saw a brief run with an HTC and I was been in a steady commitment with my dependable and conservative Moto X Play for over 2 years, before upgrading to a beautiful OnePlus 5t. It’s with me every single day, and almost all the time. Is that too much? Probably.

Smartphones are used for many things

There is a very good chance that you are reading this on a smartphone. Most of us have one, and we probably use it for many different tasks.

The Psychological Cost of Having a Phone

For many people, the device is always with them. Just look around a public area: it’s full of people on their phones. As such, the smartphone starts to become part of who we are. This ubiquity could have psychological consequences. And there have been several studies looking at the costs. Here are two that piqued my interest.

A few years ago, Cary Stothart did a cool study in which research participants were asked to engage in an attention monitoring task (the SART). They did the task twice, and on the second session, 1/3 of the participants received random text notifications while they did the task, 1/3 received a random call to their phone, and 1/3 proceeded as they did in the first session, which no additional interference. Participants in the control condition performed at the same level on the second session, but participants who received random notifications (text or call) made significantly more errors on the task during the second session. In other words, there was a real cost to getting a notification. Each buzz distracted the person just a bit, but enough to reduce performance.

So put your phone on “silent”? Maybe not…

A paper recently published by Adrian Ward and colleagues (Ward, Duke, Gneezy, & Bos, 2017) seems to suggest that just having your phone near you can interfere with some cognitive processing. In their study, they asked 448 undergraduate volunteers to come into the lab and participate in a series of psychological tests. Participants were randomly assigned to one of three conditions: desk, pocket/bag, or other room. People in the other room condition left all of their belongings in the lobby before entering the testing room. People in the desk condition left most of their belongings in the lobby but took their phones into the testing room and were instructed to place their phones face down on the desk. Participants in the pocket/bag condition carried all of their belongings into the testing room with them and kept their phones wherever they naturally would (usually pocket or bag). Phones were kept on silent.

The participants in all three groups then engaged in a test of working memory and executive function called the “operation span” task, in which participants had to work out basic math tests and keep track of letters (you can run the task yourself here), as well as the Raven’s progressive matrices task which is a test of fluid intelligence. The results were striking. In both cases having the phone near you significantly reduced your performance on these tasks.

A second study found that people who were more dependent were affected more by the phone. This is not good news for someone like me, who seems to always have his phone nearby. They write:

One of my graduate students is currently running a replication study of this work and (assuming it replicated) we’ll look at greater detail at just how and why the smartphone is having this effect.

Are Smartphones a Smart Idea?

It’s a love hate relationship. One of the reasons I still have my iPhone4S is because it’s slow and has no email/social media apps. I’ll bring it with me on a camping trip or hike so that I have weather, maps, phone and text, but nothing else: it’s less distracting. Though it seems weird to have to own a second phone to keep me from being distracted by my real one.

Many of us spend hundreds of dollars on a smart phone and several dollars a data for a data usage plan and at the same time, have to develop strategies to avoid using the device. It’s a strange paradox of modern life that we pay to use something that we have to work hard to avoid using.

What do you think? Do you find yourself looking at your phone and being distracted? Do you have the same love/hate relationship? Let me know in the comments.